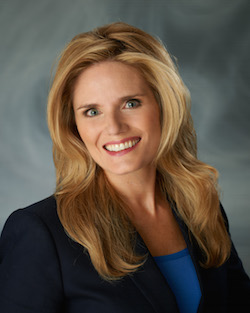 An attorney with Lenahan & Dempsey since 1993, Ms. Lezinski devotes her time to a broad range of civil cases, including personal injury, insurance bad faith, insurance coverage, and property losses, as well as products liability litigation and medical malpractice. Ms. Lezinski has written and spoken on a wide variety of legal topics for the Pennsylvania Bar Institute, Pennsylvania Association for Justice and Lackawanna County Bar Association, including insurance bad faith, civil litigation, automobile law, evidence and employment.

She often handles cases on appeal in Pennsylvania state and federal appellate courts. She enjoys taking on challenging, complex cases and fights to protect her client's interests and to right a wrong.

Ms. Lezinski was co-counsel at trial and co-appellate counsel, with Timothy G. Lenahan, for the plaintiff in Hollock v. Erie, 2004 Pa. Super. 13, 842 A.2d 409 (2004)(en banc), appeal dismissed as improvidently granted, 903 A.2d 1185 (Pa. 2006), the landmark en banc decision of the Pennsylvania Superior Court on insurance bad faith. Ultimately, in Hollock, the Superior Court upheld the trial court's finding that the insurer had acted in bad faith, awarding $3 million for the plaintiff, which included $2.8 million in punitive damages.*

Ms. Lezinski was also appellate counsel for the Plaintiff in the case of Zaleppa v. Seiwell, 9 A.3d 632 (Pa. Super. 2010), in which the Superior Court held that the Medicare Secondary Payer Act (MSPA) did not require or allow other motorist to assert rights of United States government regarding potential claim for reimbursement of Medicare lien, such that an insurance company had no right to place Medicare on the check for payment of a verdict owed to Plaintiff in a personal injury case – an issue which had become increasingly problematic for personal injury practitioners across the country in the past few years.

Ms. Lezinski is a member of the Lackawanna County, Pennsylvania and American Bar Associations. She is admitted to practice before the Pennsylvania Supreme Court and U.S. District Court, Middle District of Pennsylvania; and U.S. Court of Appeals, Third Circuit. She has been listed as both a“Super Lawyer” and a "Rising Star" Lawyer by Pennsylvania Super Lawyers ®**, as published in Philadelphia Magazine.

* The facts of each case are different. No specific results are implied. Descriptions of awards in previous cases are no guarantee of future results and should not create any expectations that our firm, or any firm, can achieve similar results in another case.