“The insurance company
offered $10,000. Lenahan & Dempsey got us the
multi-million dollar settlement we need to pay
my son’s medical expenses for the rest of his life.” JT is a client of Lenahan & Dempsey
Home
Attorneys
Timothy G. Lenahan 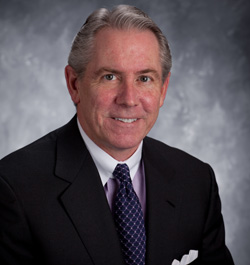 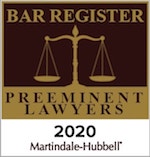 Attorney Timothy Lenahan won’t allow anyone to take advantage of his clients.

As an example, his office points to a case where an injured young man was offered $10,000 by an insurance company to quickly settle a case after a serious injury. Attorney Timothy Lenahan demanded and successfully negotiated a multi-million dollar settlement needed to pay for the young man’s life-long medical care which will include numerous surgeries in the years to come to continually stabilize his spine (See more details under: Recoveries).

This is the type of work to which Attorney Lenahan has dedicated his professional life.

Call Timothy Lenahan to discuss your potential case. The call and the consultation are always free. Call now, 888.536.2426

Attorney Timothy Lenahan has won tens of millions of dollars for clients and has been nationally recognized for his success on behalf of the seriously injured and their families. There are no fees for his services until he is successful getting you the money you deserve.

Timothy Lenahan has achieved many honors including being named by Best Lawyers in America as their Personal Injury Lawyer of the Year to being recognized as one of the Top 100 Lawyers in Pennsylvania by Super Lawyers Magazine for three consecutive years and many more. Please see “Honors/Distinctions/Memberships” below for a partial list.

Attorney Lenahan has devoted his professional practice to helping injured people and their families. He has particular interest in both traditional and highly complex car accident cases, truck and bus accidents, defective products, general negligence and medical malpractice. Attorney Lenahan has also been a pioneer in Insurance Bad Faith law in Pennsylvania (see below: Insurance Bad Faith). He has successfully handled cases in local and state courts as well as the Federal Eastern and Middle District Courts of Pennsylvania, The U.S. Court of Appeals for the Third Circuit and the Pennsylvania Supreme Court.

Attorney Lenahan is widely recognized for his groundbreaking work in the field of Insurance Bad Faith (see more below: Landmark Case) that helped establish the legal obligation of insurance companies to treat injured people fairly after filing an injury claim.

Attorney Lenahan has won tens of millions of dollars through verdicts or settlements negotiated on behalf of injured people or their families. He fights against bullying tactics used to pressure injured people to settle quickly – often for far less than they deserve. In one such case, the insurance company tried to get the young man and his mother to settle for $10,000 before Attorney Lenahan became involved. With his help, the seriously injured young man received several million dollars.

Attorney Lenahan was trial and appellate counsel in the landmark bad faith case, Hollock v Erie, 2004 Pa. Super. 13, 842 A.2d 409 (2004)(en banc). In this case, he helped establish the obligation of insurance companies to treat an injured party fairly when they file an insurance claim. The case is widely viewed as establishing the rights of injured individuals in Pennsylvania.​

Honors/Distinctions/Memberships (Designations are current as of 2022)

There are no fees until he is successful in getting you the money you deserve following an injury. ​